Emmanuel Eboue made the headlines in 2017 when reports emerged of the player broke and contemplating suicide. The Ivorian international had been left with little money following a bitter divorce with his wife which left him close to penniless. 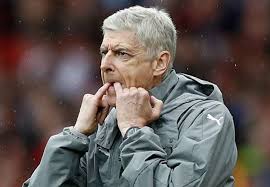 However, it was revealed that former club Galatasaray had offered the former Arsenal defender a coaching job with the club’s u14 side to help ease his financial troubles. We take a look back at the talented player who spent seven years at Arsenal.

Eboue arrived Arsenal in the summer of 2004 after impressing Arsenal scouts during his 3-yearstint at Belgium club KSK Beveren.  Initially playing for the reserve team, the defender made three appearances for the first team in the victorious FA Cup campaign. From the onset it was evident that Arsene Wenger had unearthed a quality player, Eboue’s versatility and hardworking attributes was his major strengths.

The 2005/2006 campaign was his breakthrough season, he made his league debut against Liverpool due to an injury to the first choice right back Lauren. The Ivorian held on to the position as Lauren was ruled out of the season and continued to impress in the club’s run to the Champions League Final.  He started the Final against Barcelona which the Gunners lost 2-1.

Eboue had become the first choice right back for the club by the 2006/2007, however, injuries began to disrupt his career at the club. He repeatedly suffered ankle injuries which disrupted his momentum and affected his development into a world-class right back.

The 2010/2011 season turned out to be his last season for the club. Eboue had been dislodged by Frenchman BacarySagna in the right back position some seasons back. The Ivorian had been used in the right midfield to little success and Arsenal fans had become tired of his inconsistency and struggle with Injury.

It was to a huge surprise when he signed a new contract in November but that was to be a false dawn as He was sold to Turkish side Galatasaray at the end of the season. Eboue would be remembered as a player who gave his all at the Emirate and remains a cult hero among the Gunners faithful.